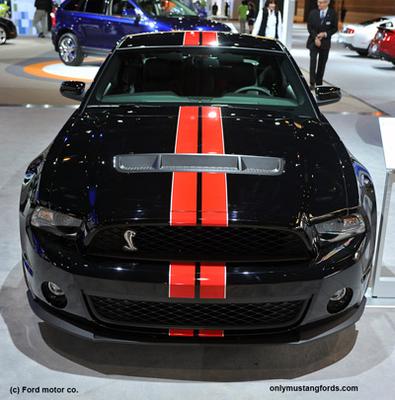 Do you know if there is a RHD conversion of the 2011 Shelby Mustang GT500 available Please.

There is a right hand drive conversion of both, the 2011 and 2012 GT500 Shelby Mustang that is available in Australia. I haven't heard or seen any in New Zealand. (Anyone else have better info for NZ ?).

Typically, what you can expect of a conversion of a 2011 GT500 with HID Headlamps, is a virtual mirror image in the cockpit. These companies work hard to make the transition to RHD as seamless as possible, using the stock dash top and then replicating the dash and gauge faces to resemble the OEM Ford Mustang unit.

I would also suggest contacting one of the local New Zealand Mustang clubs, or the upcoming National Mustang Convention which is hosted by Manawatu Mustang Owners Club.

The location venue for the convention, is the TSB Arena - Wellington. For further information, contact Tony Schreuder 021 0656945

Check out the 2011 GT500 specs, pictures and features in full in the main section.


Return from 2011 GT500 With HID Headlamps to Ford Mustang