The sixth generation Mustang (starting with the 2015 model year cars) has finally been unveiled and Ford officials are not the only ones jumping for joy at one of the coolest looking pony cars ever produced for the legions of the Mustang's fans. 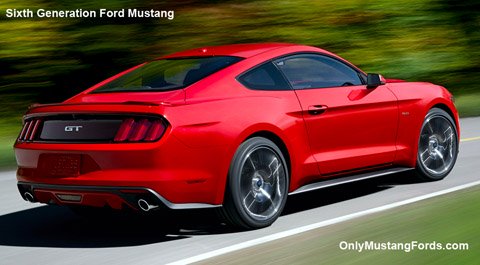 Scheduled to appear in dealerships late 2014 as a 2015 Ford Mustang, thismost recent generation Mustang introduction has been designed to coincide with the 50th Anniversary of the Ford Mustang, which even GM and Dodge fans grudgingly admit as the car that started the whole muscle car and pony car revolution.

Compared with other generations, the sixth generation Mustang concept car renderings or design hints were well hidden. Speculation abounded on not only the rear suspension details, but whether the new car would be based on the Ford Evos Concept car or borrow heavily on the past.

Want to see how we did? Here's the OnlyMustangFords.com 2015 Mustang concept car article. 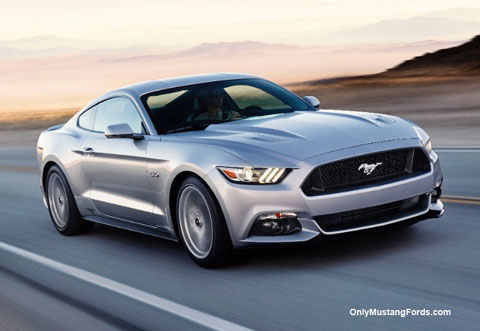 Can't wait to get to the details? Here's the full story on the new 2015 Ford Mustang, the first installment of the sixth generation Mustang. Check out the all new interior design and the modern, clean, aggressive, yet  true to heritage exterior styling changes as well as the specs and pictures of the surprising new addition to the impressive power train options.

Available options for power and fuel economy are not the only new additions to the sixth generation Mustang. Ford has changed the entire front and rear suspension systems to improve ride, handling and manners, including settling all bets and rumors as to whether the new rear end will be fully independent or the tried and true solid rear axle suspension.

The Thunder Down Under

Finding a Mustang at your local Australian dealer hasn't been possible for over a decade, leaving the gray market to fill the pipeline, at least for those who could afford the conversion costs.

That's history now. Our  2015 Mustang down under article details when the 2015 GT and Convertible Mustangs will be hitting the continent.

The new gen Mustang gets a complete suspension change front and rear, with the most notable and sometimes controversial change for some purists, of a new independent rear suspension, instead of the typical solid axle. Save for one incarnation of the Mustang Cobra, the rear end has remained the same since the car's initial roll-out.

You'll see why the new integral link independent suspension for the next generation of Mustangs is going to make some big changes in the performance capabilities of the sixth generation Mustang.

Plus we'll see what's happening up front to complement the new superior rear underpinnings. It's all detailed here in our independent suspension for Ford's Mustang article.

Ford has recently released some great videos of the new 2015 Mustang, including behind the scenes shots and footage of the creation of the slick new body style.

I will have a bundle of 2015 Mustang videos up shortly on a separate page, but here's a chance for those of us who love to play Need for Speed to test drive the all new Mustang.

And it's a free game download. Check this out!

And as always, when new information and changes happen, you'll see it here first.

Return from sixth generation Mustang to the Ford Mustang home.