The 2013 Mustang V6 receives lots of new styling updates from Ford, for a more muscular appearance and boasts over 300 horsepower. And many enthusiasts think this is the best Stang Dearborn ever produced ! Here's why....

Like it's Coyote V8 brothers, the 2013 Mustang V6 cars enjoy the benefits of the new restyled front end, making them more aggressive

and muscular. And with the addition of optional handling and braking packages, borrowed from the Mustang GT parts bins, you can easily bring stopping power and cornering up to world standards.

Styling Updates For The 2013 Model Year

If this new front end treatment looks a bit familiar, you won't be surprised to see some similarities with the original styling concept by Ford that predicted the shape of the 2005 Mustang and to some extent, the lines of the 2006 Giugiaro Mustang concept car. 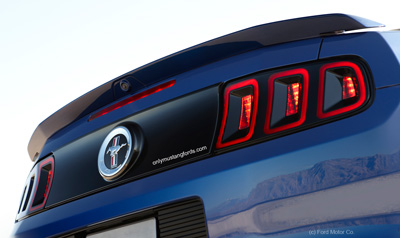 One of the features I like is the new rear blackout panel located between the sequential lights at the back. Reminds me of the late 70's fastback (sportsroof) cars, like the Mach 1. They also have a bit of an aftermarket look now as well, with smoked tail light bezels instead of the original clear unit. These also make the three segment lights stand out better, the way the 1969 and 1970 Mustangs did. 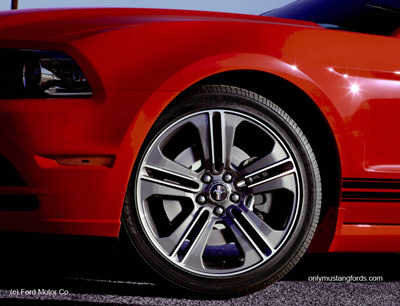 It's also nice to see the availability of some tasty 19 inch wheels, when you order the optional V6 performance package, a size which was previously only available by by the folks at Ford on the Coyote V8 powered Mustang GT models. Like the overall restyling, the design has been enhanced for a more powerful look.

Like the tail lights, new light emitting diode lamps (LED) accent the new HID headlights, following the lead of many other imports and even some new Chrysler products. 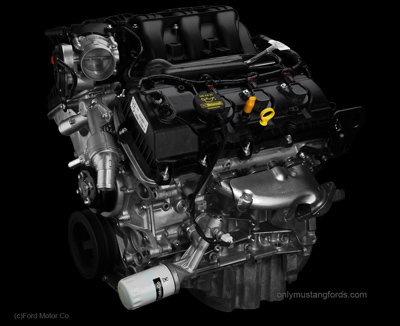 Interestingly, given the choice of a six speed automatic transmission, or a six speed manual, the optimum choice for fuel economy is the automatic, which matches the manual at 19 mpg city and beats it at highway speeds, with 31 mpg, versus 29 mpg highway for the stick.

If you need a little bit more oomph when you hit the gas, then the optional 3.31:1 limited slip differential is the hot tip.

But it's not available on convertible models. 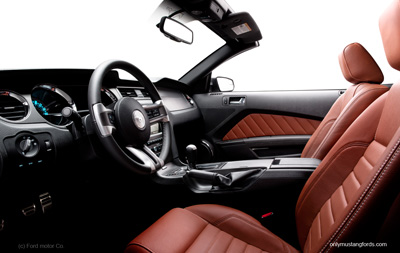 One of the "must have" features in the 2013 Mustang V6 interior, is of course, an input jack on the factory sound system, enabling you to jack in your favorite MP3 player or ipod.

Also available on the new Stang, is HD Radio, Sirius satellite radio, the cool Ford SYNC, with Applink, touch screen Navigation and even a rear mounted back up camera, which is seen through the NAV screen.